The #OpenGovWeek launched by the Open Government Partnership (OGP) in its 76 member countries aimed at discussing, sharing, inspiring, motivating, incentivizing key relevant stakeholders to think about ways governments can transform ways in which they serve their citizens. A great initiative endorsed by several governments and CSOs.

We, at the Open Government Institute in Moldova, have joined efforts with State Chancellery and e-Government Center, to address the open government agenda, particularly given the timely launch of this #OpenGovWeek. We decided to organize two separate events, one focusing on the co-creation processes around the National Action Plan on Open Government and the second one, focusing on Open Data, given the efforts of the State Chancellery and E-Government Center to revitalize this agenda. Both events brought together representatives of line ministries and civil society organizations. While everyone acknowledged the value of the conversations that took place, here are my personal reflections and take away from last week.

When the above processes are missing, any co-creation process/action around the Open Government Action Plan of the Government is close to isomorphic mimicy.

Why the external and internal environmental scanning is key?

It is because the results can help define the values, vision and overall understanding of why do you need an open government agenda, and how you can co-create it with your partners. A clear concept on the open government agenda and the kind of changes expected in short-term or medium term with it, is essential for governmental institutions.

Thus, the concept should respond to a number of questions:

This vision will help the government in building its capability around open government agenda. It is incremental that whoever is assigned to be part of the co-creation process on behalf of the government knows the answers to the above questions and is able to act accordingly.

Given that open government agenda, as proven during the #OpenGovWeek events, is new for most of the people in the government (because of the reform in the public sector with mandates of the line ministries being affected), it is important to build capability of those involved. They will be doing new things with this co-creation process, trying to find new functionalities, and they need to be authorized to perform this kind of work. Again, authorization can be secured through a commonly shared and agreed vision by the Government.

Who should be the authorizer for the Open Government – Is it the President? Is it the Prime Minister? Is it the State Chancellery? Is it a certain Ministry? The models are different from OGP country to country, however, what is key is having someone to authorize the kind of change that allows building new kinds of capability around open government that is going to affect some of the political settlements or create some new ‘winners’ or ‘losers’.

Authorization is key in order to have a certain agenda survive for as long as possible, while during Moldova’s membership years in OGP (since 2012) we have seen so much transition in government, and the processes around open government have been re-launched at least 6-7 times.

And yes, some could say that the issue of authority is very complex, that it is fully dependent on the quality of the people at the heart of the government, assuming that they are the ones who really want change to happen.

Others would say that you need someone to fall in love with this agenda, and to be passionate about it. Others would say that it has nothing to do with the passion, but rather with institutional arrangements, the rule of law, the space for engaging with civil society, democracy practices, among others.

What is certain though, is that we have initiated these co-creation processes again, and it is again an elections’ year in Moldova (and I am sure in other parts of the world too) and there will be transitions in the Government again shortly.

Do we have a solution for that? Do we know how to ensure sustainability of these efforts? Do we know who’s coming up next in this conversation and are they ready for a dialogue around open government?

The #OpenGovWeek Moldova culminated with a call publicly launched by the State Chancellery regarding the establishment of the permanent dialogue mechanism around open government, inviting representatives of the civil society organizations to express their interest for joining.

So, one of the sustainable solutions for open government is to have, in addition to a longer term vision, a permanent mechanism for dialogue, for reflection, for capitalization of experiences and of what works and what does not when it comes to open government. 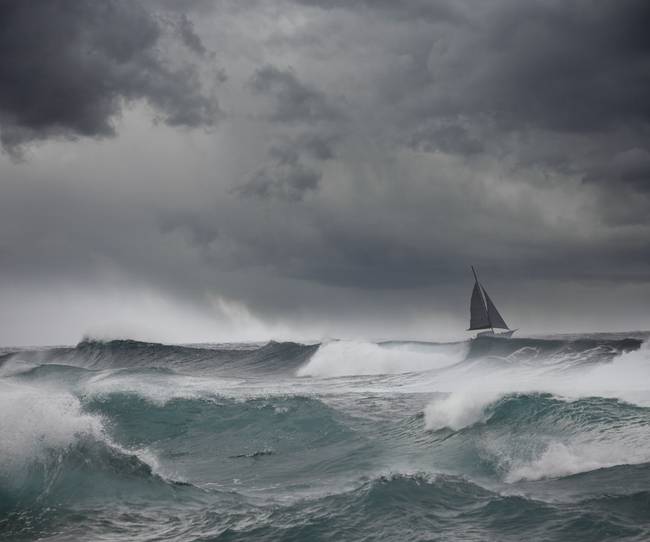 Having both governmental and civil society representatives become part of such a learning venue puts them in the same boat, and the success of the navigation be it on a sunny & calm day or in stormy weather with wild waves, will be totally dependent on everyone on board.